does anyone give a shit about this :shrug:
have some pathworker rips from the spooky scary ARCHIVES 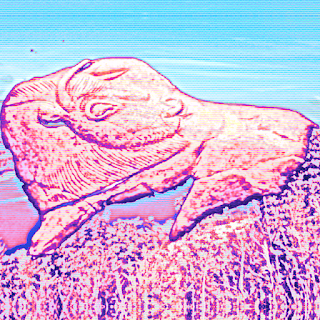 recorded to C60 may 2008 and released on cd-r in june. gus had just moved down from the mpls burrrrbs.
ruthy provided some vocal loops for him to use on this piece, debby also hops on the mic at the end. i had this idea for the amp to be plugged into itself and continuously feedbacking, and rob set everything up. also did the art.
very much a 'paganism of old europe' vibe going for this one but not at all in a fascist way, reminiscent of newage panther mistique or constance demby or theatre of eternal music. 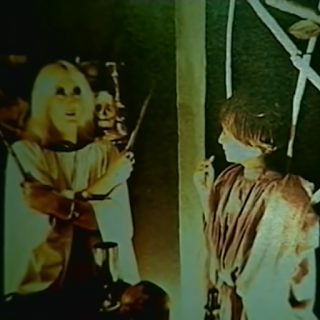 recorded to one side of c90 some time in summer 09, released on cd-r that august.
gus on his gnostic/hermetic/milennarian/mcKenna bullshit, again.
musically, all done with famicom soundfonts and a midi controller. goopy glidey sugary EMO SYNTHESIZER christian goodness, interlocking arpeggiators and the rest.
very much part of that cultural moment (sky limousine, 0pn, latter day new age tapes + pacificity) but also perhaps resonant and affecting on its own terms.
the cover is a screenshot gus took of a sensationalistic 'evangelical' tape on THE BIG BAD OCCULT we were watching. gus thought it would be beautiful to take back this moment of ritual as its own christian statement, thelema is a crypto-christianity, after all...